Hello and welcome to the Best Plumbing Meme Awards! At Ira Hansen and Sons Plumbing, we know the importance of enjoying the funnier things in life, while also being serious professionals.

That’s why, as 2018 draws to a close, we wanted to take a moment to honor some of the plumbing memes we saw this year that made us laugh the most. So without further ado, Ira Hansen and Sons Plumbing proudly presents the top 10 best plumbing memes of 2018!

10. The Social Shower Curtain
This is a somewhat amusing picture of someone using a funny shower curtain designed to look like it’s own facebook page. While it gets points for being meta, this isn’t really a meme, so we’re leaving it at #10. 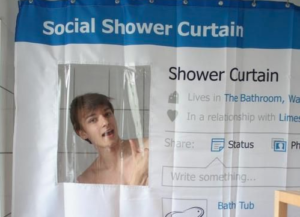 9. It’s Really “Nut” That Funny
The next meme finds itself this low on the list due to a lack of originality. It’s a pun about a nut, and even says itself that it’s “nut funny”! 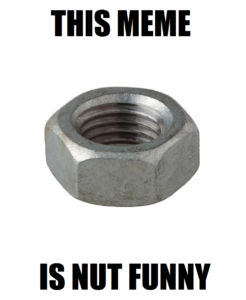 8. Points for Educational Value
This meme is hands down the least funny meme on our list. How so? Well, there's no punchline, so there's no joke. But that's okay because this meme's merit lies not in its humor, but in its educational value. 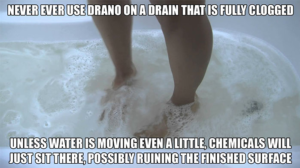 7. The Ron Burgundy
Who doesn’t love a good Anchorman meme?! And as much as we all roll our eyes at the “look how big my biceps are” jokes, this one is pretty funny! 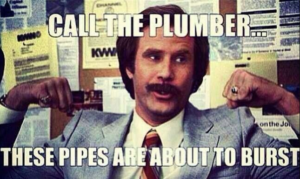 6. An Unfortunate Viking Adventure
This meme takes the #6 spot just because the image of a man floating through a flooded basement in a storage tub while wearing a Viking hat is amusing. It's not higher on the list because the caption isn't very witty. 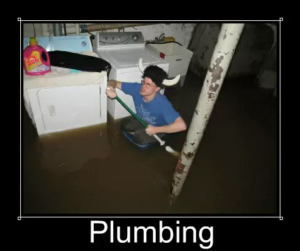 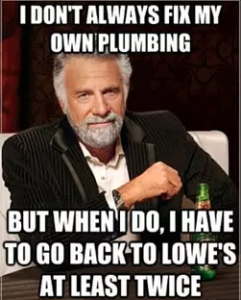 4. SMH
This meme made it pretty high on the list by sheer force of head shaking that it induced. It’s so dumb, but you have to admit, it made you laugh! 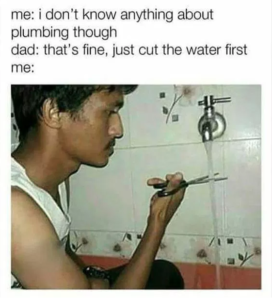 3. The Unexpected Punchline
This meme made us laugh out loud because of the abrupt and unexpected punchline. And on a more serious note, more people need to see this meme. Seriously...just don’t. 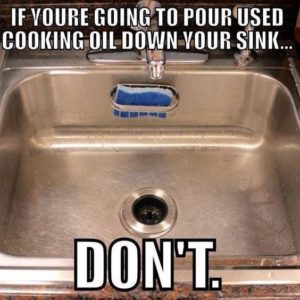 2. Obligatory Cat Meme
No funny meme countdown list would be complete without at least one cat meme, and ours is no different! Please enjoy this little guy as much as we did! 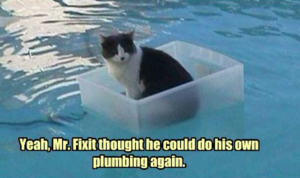 1. We Love Dog Memes!
As much as we all love a good cat meme, we are suckers for cute dog memes! These two adorable handy “helpers” snuck into the top spot on cuteness alone! That wraps up our countdown of the top 10 best plumbing memes from 2018! We hope you enjoyed it as much as we did.

Don't forget to share with your friends to send them a laugh. And remember, if you are in need of plumbing service in Reno, call Ira Hansen and Sons Plumbing at (775) 626-7777!